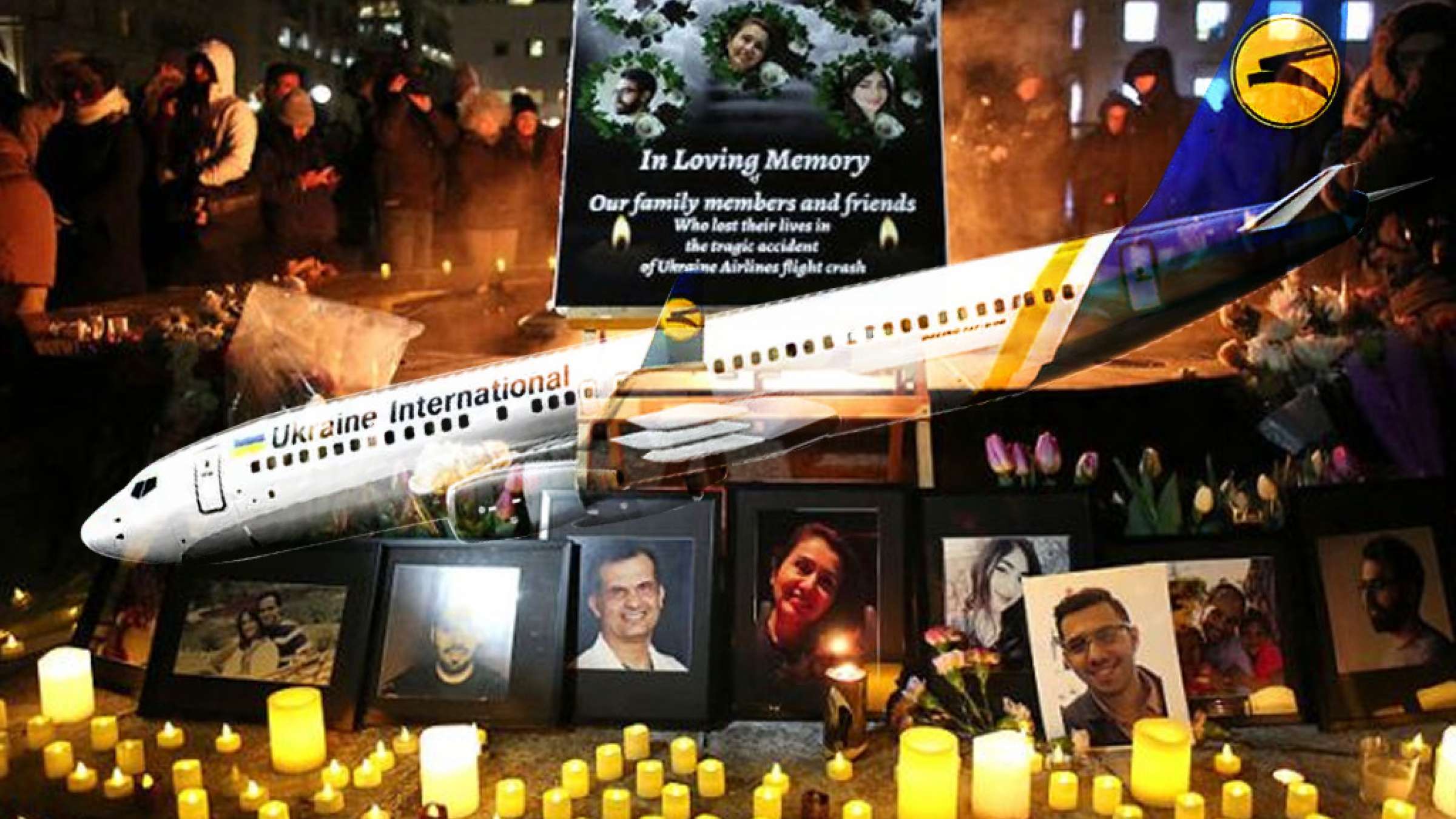 سپاس از اطلاعاتی که در این زمینه در اختیارمان قرار دادید.
من‌ هم بخاطر وقتی که گذاشتید متشکرم.
In the aftermath of Iran’s shooting of flight PS 752 by two cruise missiles, have any of the families reached out to you and if so, tell us about your interactions with them?
Over the course of the past week, I have received calls from the grieving families who have expressed their anxiety over the pressure of the perceived need to commit to a specific course of legal action.  During my January 16th interview, I stressed the importance of the need for all of us to support the grieving families in their time of mourning … There is absolutely no need to make decisions now as their legal rights remain preserved. The families have two years to pursue their civil claims - either individually or as part of a class action.
The families have also expressed their anger over the suggestion that given the legal complexities, their legal action should only focus on the Ukraine Airline.  I find thisdisturbing. Under the international treaties, families of foreign-based victims who were returning home from Iran may claim$230,000.00 under the Montreal convention and those on a single ticket or who started their journey in Iran (or Afghanistan) may be entitled to only $25,000.00 under the Warsaw Convention.While financial recovery may alleviate some of the financial stress, this claim far transcends monetary recovery.  The grieving families and the community at large demand and deserve answers and accountability.  The Islamic Republic of Iran is responsible for this tragedy and regardless of the legal challenges ahead, the regime must be identified as a defendant.

Where do you think the class action(s) which have been issued in Ontario lead to?
I have had a chance to review the class action which has been launched on behalf of “John Doe” against the Islamic Republic of Iran, Iranian Revolutionary Guard Corps, Ali Khamenei and several individuals under his chain of command. That action has been commenced pursuant to the Justice for Victims of Terrorism Act (JVTA),which hascharacterized the Iranian Regime’s actions as “acts of terrorism”.  This will allow the class representative (“John Doe”) to get around the State Immunity Act.
Specifically,victims can seek redress for terrorist acts committed anywhere in the world from January 1, 1985 onwards provided that the victims are Canadian citizens or permanent residents, or if they can demonstrate a real and substantial connection between their claim and Canada.

Pursuing the claim under the Justice for Victims of Terrorism Act, however, will trigger the need to prove the elements of the act including “intent”.  Naturally, this means that the Revolutionary Guard’s admission in having "mistakenly misidentified” a commercial aircraft as a “cruise missile" will not assist the plaintiffs in meeting the evidentiary burden.Given how early we are in the investigation, it is far too premature to predict how this will all unfold.  This is another reason why it is critical for the families to wait…
An advantage thatJVTAoffers is the ability of victims to enforce judgements in Canada. That being said, we know that millions of dollars’ worth of the Islamic Republic’s assets in Canada were recently seized and liquidated to compensate other victims of terrorist groups.  So, in practice, it is unclear whether this provision will help the victims in this case down the line.

What is the likelihood of success?
The likelihood of success is naturally dependent on the strength of evidence and that is directly dependent on the thoroughness of a transparent investigation.  The International Civil Aviation Organization (ICAO) is a UN specialized agency, established in 1944 to manage the administration and governance of the Convention on International Civil Aviation. Every UN nation (including Iran and Ukraine) is a member of the ICAO. Under ICAO rules, the country where the crash happens is responsible for investigating crashes. This of course is problematic in a case where the country investigating the crash happens to be the country responsible for that crash.  In this case, the Iranian regime holds all the cards and given the massive implications that the truth will carry, it has every incentive to cover up.

With 57 citizens and 29 permanent residents, Canada has insisted that its investigators be given access to evidence from the crash. While the Iranian government had signalled its intention to cooperate, it is somewhat unclear how genuine those intentions are.  For instance, we know that Iran does not have the capability to analyze the data from the black boxes. So, the consensus in the international community is for the cockpit and flight recorders to be sent to France. Yet despite pressures, there is no indication that Iran is prepared to turn over the boxes and to commit to a truly transparent investigation.

How will Iran respond?
Time will tell whether the Iranian regime will respond to the claimsissued in Ontario by filing a statement of defence.  If it fails to respond, the class members may proceed with their claim and obtain default judgment.  Iran may alsotry to bring a motion as they did in Zahra Kazemi’s case to dismiss the action based on state immunity.

In 2003, Ms. Kazemi, an Iranian-born Canadian photographer, was killed after being detained by Iranian authorities.  In 2006, her Estate and son instituted a claim in Quebec against the Iranian Head of State, the Chief Public Prosecutor, as well as Evin’s former Deputy Chief of Intelligence. In 2014, the Supreme Court of Canada ruled in favour of the defendants. But this said,there are certain specific exceptions to the state immunity and relevant to this case is the Justice for Victims of Terrorism Act, Act (“JVTA”), which provides a mechanism for victims of terrorism to sue perpetrators and supporters of terrorism in a Canadian court.Islamic Republic of Iran was added to the list under s. 6.1(2) on September 7, 2012.While al-Quds, as a branch of the Islamic Revolutionary Guards as been recognized as a terrorist entity, IRGC has not yet been listed in its entirety as a terrorist entity by the government of Canada.  The defendants may try to argue that the claim, as advanced, cannot not fit under this exception.

Action against Ukraine Airline:
While Iran’s bears the responsibility, the second mode of recovery is a class action or mass tort claims against Ukrainian Airline for failing to ground its planes. We know thatthe U.S. Federal Aviation Administration (FAA) hadbanned civilian flights over Iran. Other airlines had reportedly opted to reroute their flights due to general unrest in the wake of the U.S. killing of Qasem Soleimani.Even though the Ukrainian Airline is not bound to follow the U.S. flight bans, airlines generally respect notices of this nature as the alternative has the potential of risking people’s lives.  This is particularly more troubling consideringthe fact thatFlight PS 752 proceeded to fly in the immediate aftermath of Iran’s missile attack on an Iraqi base.

Is it possible to utilize all options – international convention/civil action, international courts and diplomacy?
Absolutely. Firstly, families need time to grieve and there is no reason to rush into legal action.That being said, time, research and investigation are critical elements ofsuccess in every piece of litigation –and particularly more so in a complex, politically charged action wheremany of the pieces of the puzzle are missing.  Negotiations through diplomatic avenues are often the most cost-efficient and least stressful path to a resolution. Given the senselessness of this tragedy, the families want REAL answers; they want to see accountability, genuine apologies,criminal charges against the responsible parties in the chain of command.  The Canadian government will need time to decide whether it should pursue this matter vis-a-visthe International Court of Justice and the International Criminal Court through which, I believe the families can find some solace and hopefully come to terms with this disaster.


Is the designation of victims of this massacre as “martyrs” significant?
Possibly - There appears to be a great deal of sensitivity attached to the term “martyrdom” as it is viewed by the regime as a “sacred” pronouncement.  Is Iran attempting to alter the narrative and reclaim some order by designating the victims as “martyrs”?  By visiting the grieving families to express their condolences and congratulations, draping the coffins with the Islamic flag and assigning special burial plots, the government appears to be trying, albeit unsuccessfully, to make a “deal” with the heartbroken families of this disaster.  It remains to be seen whether the forced pronouncement of victims as “martyrs” will be used by the regime to limit the families’ rights to financial compensation.

If new evidence surface in the future changing the landscape, do families who have retained counsel have the option of changing legal strategy or if necessary, law firms?
The short answer is yes, they can change, but for obvious reasons it is in thebest interests of the families to wait before entering into agreements.Families in these cases will be asked to enter into contingency agreements with law firms that they retain to represent them.  While I cannot speak to the specific terms of these agreements, they are generally based on the understanding that clients will pay a percentage of the ultimate recovery in exchange for the lawyer’s fees. Clients have the right to switch representation at every stage provided that there is an agreement on compensating the lawyer for the time they have spent on the file up to that point.  Naturally, there would be little to negotiate in terms of fees if the client chooses to change law firms or strategy at an early stage.

Thank you for your time.

Marjan Delavar, has served the Iranian Canadian community as a litigation lawyer since 2002 and has appeared before every level of Court including the Superior Court of Justice, Ontario Court of Appeal and the Supreme Court of Canada.  In the context of the $25,000.00 victims’ compensation fund established by the Canadian Federal government, Marjan is listed as one of the Iranian Canadian lawyers who will assist the eligible families through Pro Bono Ontario. 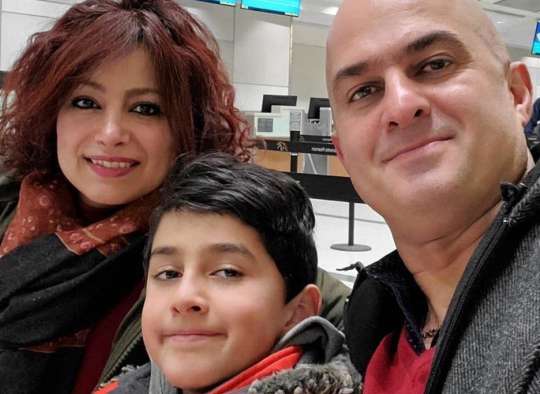 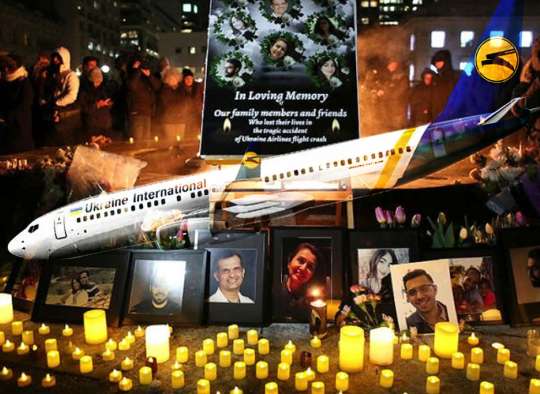 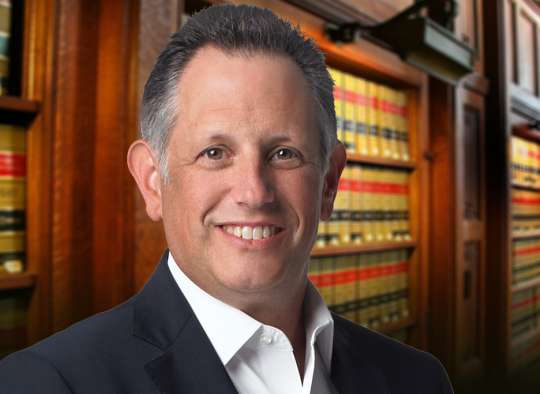 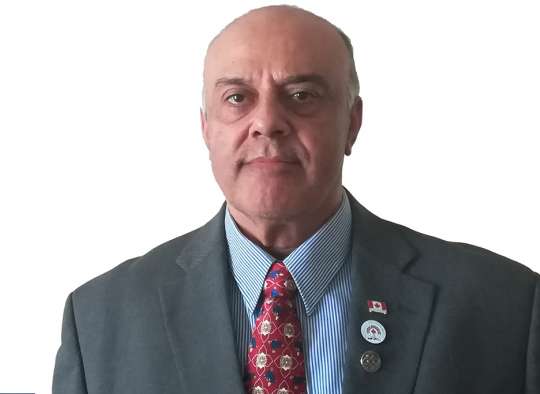 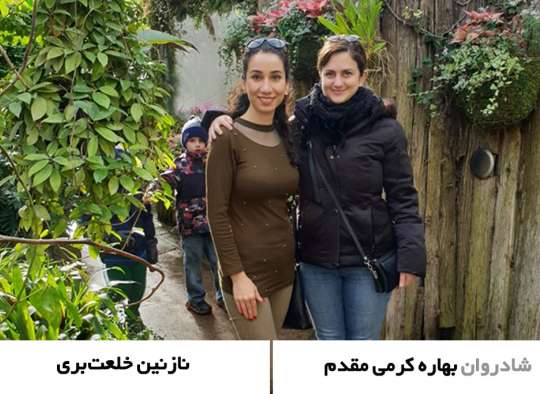 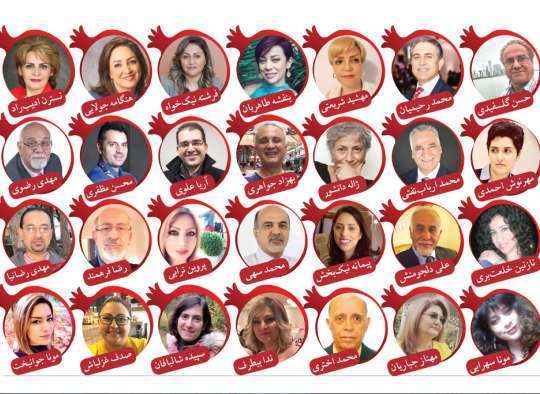 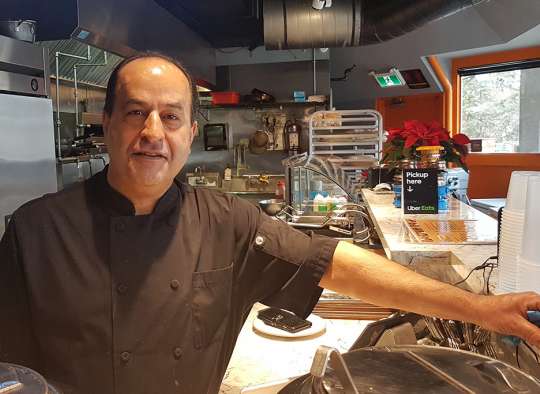 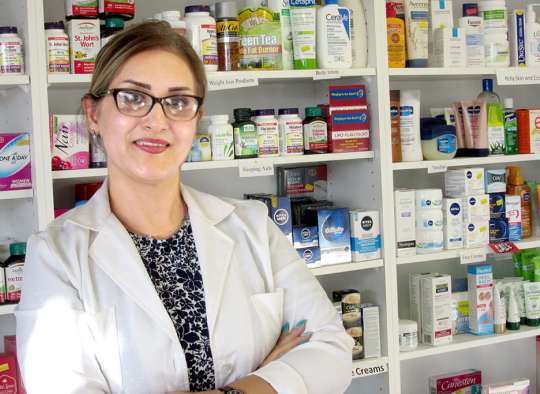 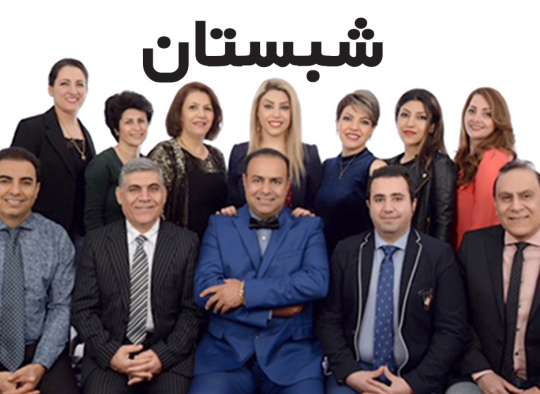 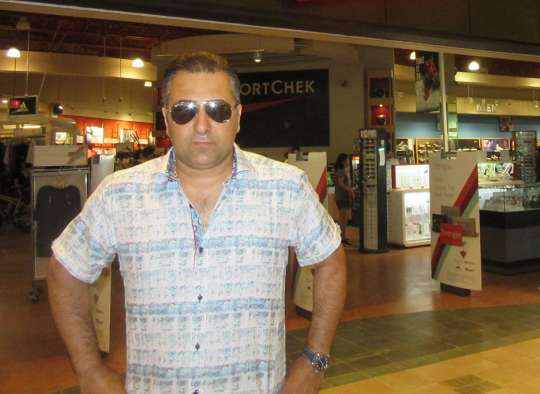 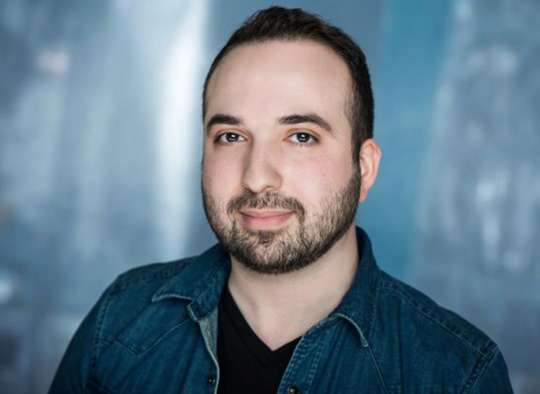 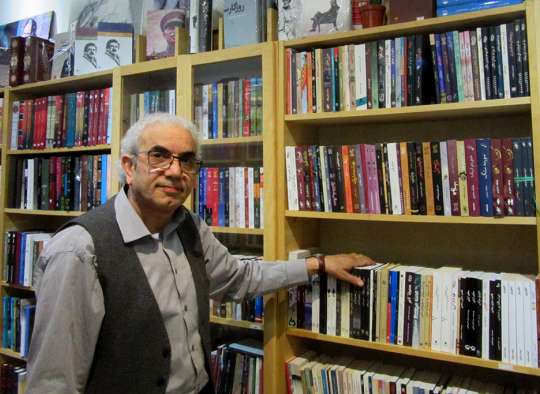